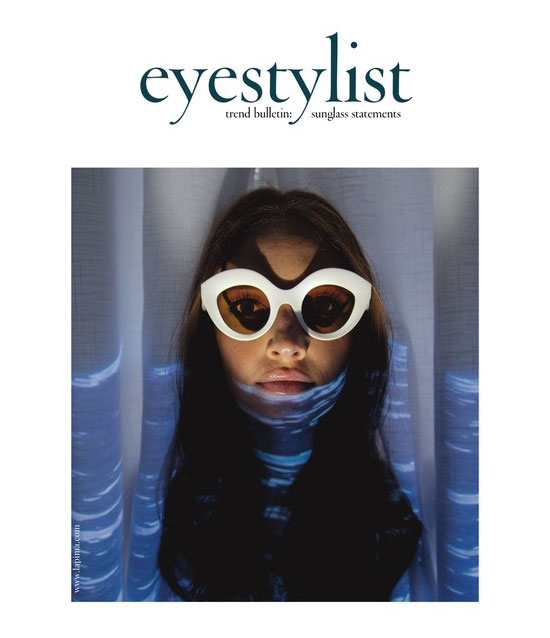 Beautiful sunglasses and soft new pastels highlight eyewear. Visit all the Eyestylist sections – Reviews, Boutiques, Designer of the Month and City Guides for exciting eyewear, accessories and cultural happenings. Remember to sign up for Eyestylist Exclusives – on the homepage – our monthly newsletter with exceptional glasses and accessory news. Click and stay with Eyestylist!

This site is legally privileged, controlled and operated by Eyestylist.com. Material on this website may not be communicated in any way whatsoever, without the prior written authorisation of Eyestylist.com 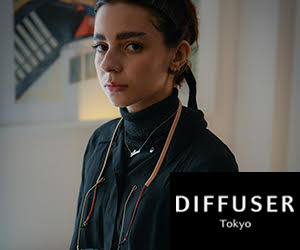 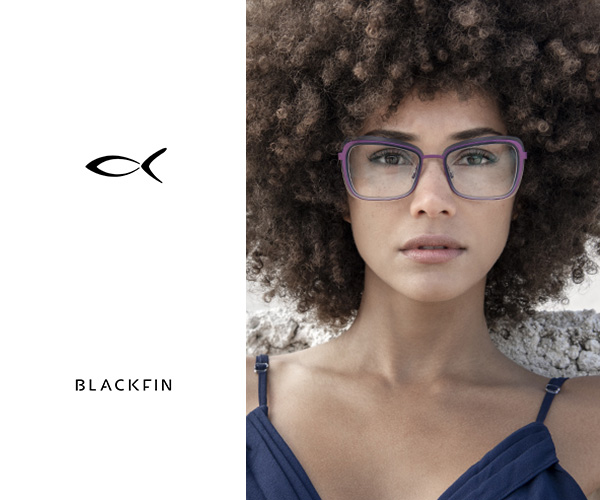 returns to Showroom Next Door, PFW

28th June 2014 Bruno Chaussignand is a trained optician, owner of O Mil’Yeux – www.omilyeux.com, an independent optical store in Montpellier, France and designer of the eponymous eyewear collection, produced in France in the traditional spectacle making region of the Jura. Already available in NYC, L.A. (Gogosha Optique / www.gogosha.com) Japan and across Europe, at leading optical stores and concept stores, Chaussignand says his label is growing fast – he has a team of reps in France and an agent in New York – but he is clear about his personal desires when it comes to style and design, and his love for well crafted hand finished frames.

“The collection is moving forward. At first, I was more geared towards men,” he explained to Eyestylist.com this week, on the eve of PFW, “but now I am bringing in more women’s designs and we have at least 7 or 8 new styles to show in Paris in September too (www.silmo.fr). My focus is on the balance of each design, originality, so that people have something different to wear, but also the pleasure, comfort and genuine quality of the frames we make in the Jura.”

Details such as the density, the bold sculptural bevelling or “carving out” of the frame, created through use of deep acetate sheets, and work on the temples have become a part of Chaussignand’s signature, as have his paired down metal shapes that reinvent classic aesthetics, with touches of luxurious comfort and subtle refinement.

Miet Vaes at Theo and Her Favourite Frames

27th June 2014 “The frame I’m wearing in the photo is Model Shadow 1. In fact, it’s a pair of sunglasses and I put in optical lenses. It’s from our Limited Edition Shadows – theo by Tim Van Steenbergen. It’s not a frame for everyday because your outfit really has to match.”

“My absolute favourite frame is eye-witness model TB in colour 106. I simply love this frame! It’s asymmetrical, just like the human face. And the houndstooth pattern just gives it that little bit of extra. Very classy and stylish.”

“The other favourite is my Cinquante+Six (VinGtage Collection), in colour 179. I’m a sucker for red, what can I say? It’s just an easy frame, it goes with everything. And the braille dots (it forms the letter H, the other models have the T, E and O) on the front, and side in black gives a whole new dimension to the frame. A dash of colour doesn’t hurt, right?!” www.theo.be JG

Photo of Miet Vaes exclusively for Eyestylist by Luca Santocono.  All Rights Reserved

On tour for summer pop-up

25th June 2014 Corianna “Coco” and Brianna “Breezy” Dotson, the 23 year old twin sisters of the New York eyewear scene, embark on an eyewear adventure this week, taking in Atlanta Georgia, Florida, New York and finally, on 15th August, Toronto. The girls who have risen to fame in the U.S. with their own sunglasses label and unique fashion direction are showing their SS14 apparel and sunglasses designs in the new Translucent Creatures eyewear collection.

Styles we’ve come to know at Eyestylist.com this year as the label starts to reach Europe include Mosi and Rainy Days (above), based on and inspired by an umbrella and the architecture and building structures around the streets of NYC. Unconventional and decadent, they brim with quirky details, fashionista desirability, and a promising direction in quality and finish. www.cocoandbreezy.com CN

24th June 2014 For hot destinations and long haul travel, check you have a fashionable folding sunglass in your suitcase or hand luggage. Our new favourite? Tuscany from RVS by V. is a new limited edition from the Turkish independent label. Designer and founder of the brand, Vidal Erkohen has come up with his own interpretation of this classic sunglass design. “It was my love for vintage Persol that got me into eyewear in the first place,” he explains; “the original 714 folding Persol worn by the likes of Steve McQueen was always a favourite, as it is is for many people. My new foldable design pays homage to that vintage classic while expressing our individuality through a distinctive colourful style aesthetic.” Set with 100% UV protective ultra-luxe lenses, we suggest the supremely cool dark tortoise version with eye-catching gold mirrors. Find this and many other new styles at www.rvsbyv.com. Also available at Gogosha Optique in L.A. – www.gogosha.com CN 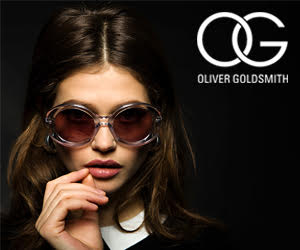